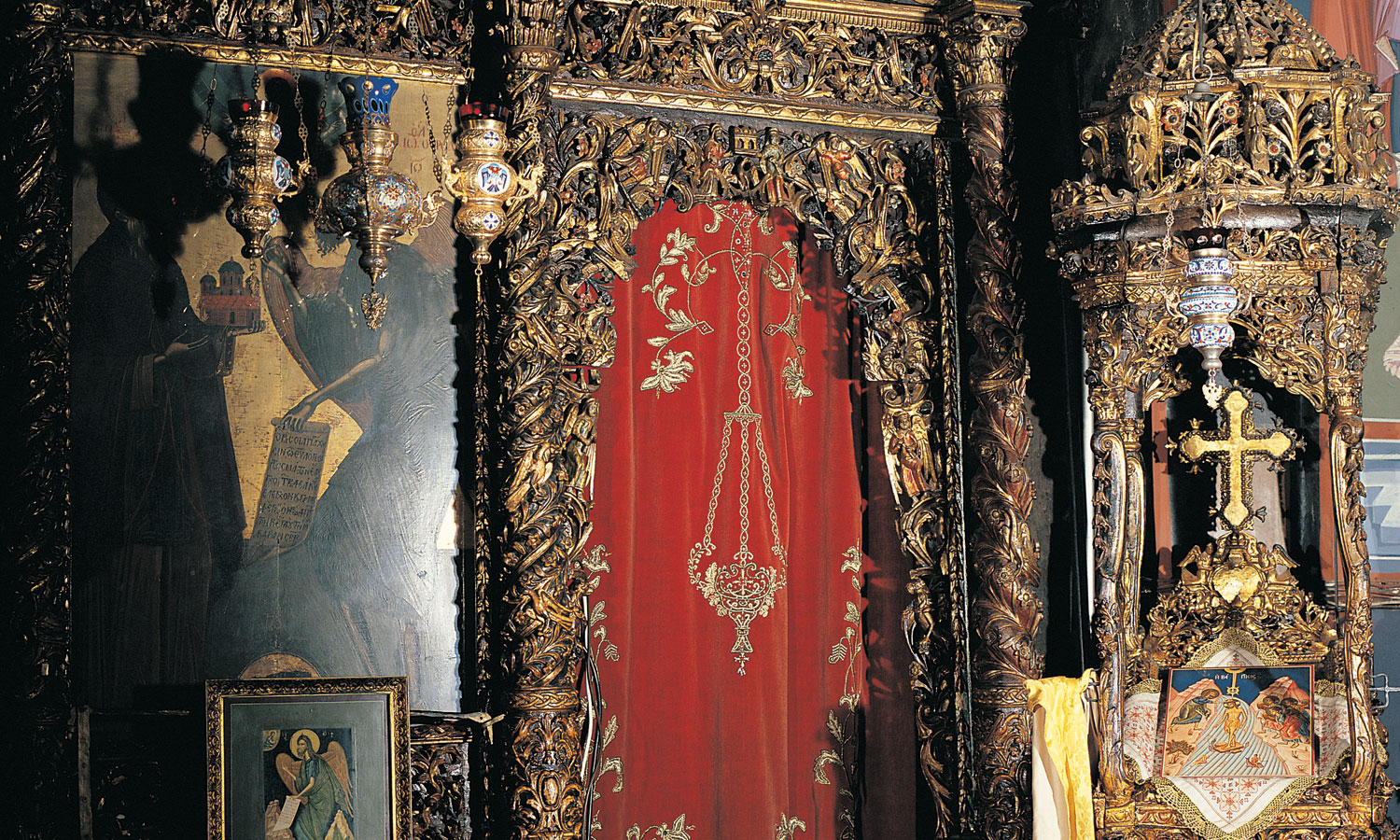 Panagia Ikosifinisa, with the Impalpable illustration of Holy Mary, is one of the biggest pilgrimage spots in Macedonia and the oldest active monastery in Greece and indeed Europe!

Although it is located in the border line of Serres and Kavala, in the wooded mountain of Pangeo and in 753m altitude, the administration belongs to the Cathedral of Drama.

The founding of the monastery is hard to trace over the centuries. A great number of folk tradition claims that while practicing his ascetic life the monastery of Agioos Ioannis Prodromos in the river Jordan, Agios Germanos had a vision and left Palestine. The vision, presented to him by an angel, drove him to Vigla site, mount Pangeo in 518 A.C. Once he completed the building of the first chapel, Agios Germanos took a walk in the nearby forest looking for a piece of wood in order to depict the figure of holy Mary, as a gesture of gratidute. As he finished processing the wood and just before he started painting on it, the wood cracked, leaving the holy man disappointed. It was then that a bright red light, “finikoun” in ancient Greek, covered the piece of wood and the talking image of Holy Mary and Jesus appeared before him. “Don not despair for I am here for you”, said a voice and the figure of Holy Mary was miraculously printed on the wood. And that is how the illustration and thus the monastery took it’s name (ikon + finisa)

The monastery celebrates three times a year : on August 15th ( the Sleep of Virgin Mary), on September 14th (celebration of the finding of the Holy Cross) and November the 21st (Isodia). 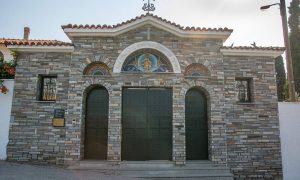 The monastery of Analipseos tou Sotira (Christ’s Ascension) is in Taxiarches, Drama, and is connected with the live and works of saint Georgios Karslidis the Avower. Saint Georgios came from Argyroupoli, in the Black Sea area, to reside in Sipsa (Taxiarches), Drama in 1930. In 1939 he began the construction of the monastery, the main temple of which is dedicated in the memory of the ascension of Jesus Christ into the Heavens. Next to the main temple the saint built his personal cell.

Nowadays this monastery is home to substantial number of nuns and has both domestic and international visitors, that wish to pay homage to the scented burial site of saint Georgios Karslidis the Avower and ask for his guidance. 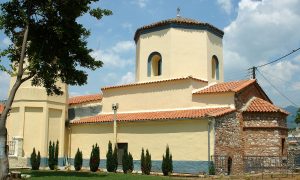 The temple of Ayia Sofia is the oldest standing building in Drama and you can find it in the area of the “Old town” of Drama. Built using the same materials to built the byzantine walls of the city, the temple is more than a 1000 years old, as experts suggest that it was built around the same time as the walls.

The architecture of the temple is quite rare as it is a transitional type of domed church with an ambulatory.

Distance from the Hotel: 1,5km

In an altitude of 930m. on mount Pangeo, overlooking the plain of the Panagia Ikosifinisa monastery below, lays the monastery of Analipsi (Christ’s Ascension). Initially found as a monks monastery in the 18th century, it was rebuilt on the same spot in 1979 only to operate as a nunnery this time.

The monastery as an institution stood by the difficult times of the Christians of the greater area but was also the cause of many troubles as the area was repeatedly raid and destroyed by the Ottoman and the Bulgarian occupiers. The destructions of 1913, 1917 and 1944 were probably the most memorable ones.

Building wise, the main body of the church is a rare cruciform rotunda, shaped after the architectural style of the temple of Christ’s Ascension in the mount of Olive Trees in the Holy Lands.
Today the man power of the monastery is 20 nuns, whose main occupation are hagiography, vestments, pyrography and wax sculpting.
It celebrates 40 days after Easter Sunday.

Distance from the Hotel: 36km

Just outside the city of Drama, in the geographical border line between Drama and Serres, lays the picturesque village of Perichora. In the wooded area that surrounds the village you can find the monastery of Ayios Minas. First erected in 1957 to honor the memory of Ayios Minas, the small country church turned into a chapel by 1974, upon the arrival of the first brotherhood of monks. It was after that date that new buildings were added to the initial one and the chapel turned into a priory.

Distance from the Hotel: 24km 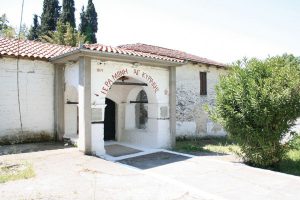 Two kilometers before the town of Alistrati, on the way from Drama to Serres, in an evergreen landscape, we find the second oldest monastery of the area.

Repeatedly destroyed by Turks and Bulgarians, the monastery managed to maintain from its original form only the main entrance. In 1956 the current abbess was stationed there and the restoration work began. The monastery was initially for monks and in 1906 had a man power of 95 monks.

Today the monastery is a nunnery and celebrates the memory of Ayia Kiriaki on July the 7th.